The Letters of Screwtape Junior 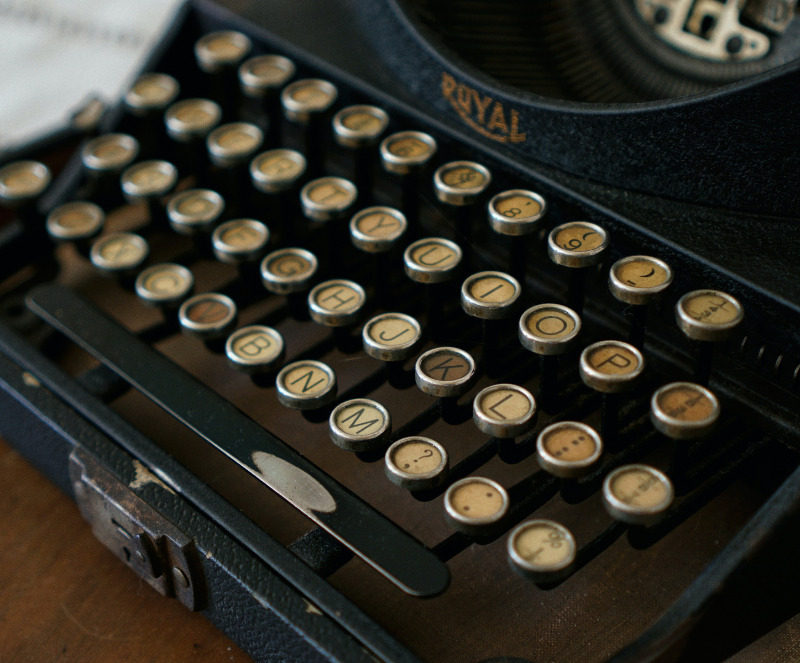 The Letters of Screwtape Junior

I’ve been recently reading ‘The Screwtape Letters’ by C.S. Lewis. It’s one of those books I’ve heard about in Christian circles and thought ‘That sounds interesting but for another day.’ Well, the ‘another day’ came and I finally bit the bullet and bought a copy. The day I received it, I sat down and decided that I would read a few chapters (each chapter is a letter) but found myself only reading one having been so challenged by it.

For those who have not heard of this book, Lewis wrote it to his friend Tolkein (of Lord of the Rings fame). It’s a series of imagined letters from a fictional demon (Screwtape) to his nephew (Wormwood) in which he attempts to offer advice to prevent the nephew’s patient falling victim to the Enemy. Confusingly, the Enemy in the book is God and the Father Below is Satan. It takes a while to get your head around it all but it’s such a brilliantly written book and, as I’ve said, is continually challenging my thoughts and behaviour. Who knew that a demon’s letter could bring me closer to the Enemy? And by that, I mean God.

I would never claim to be as good a writer as Lewis, but I thought it would be fun to write a modern day version. There’s so much material that I could (and tried) to include that I may end up writing a follow up letter to fit it all in – I reckon this is how Lewis ended up writing a whole book, but I doubt very much that this would be true for me!

I’m glad you’ve reached out to me. I remember reaching out to my uncle back when I was starting out and I found it so useful to learn from someone as experienced in turning patients away from the Enemy as he was.

In truth, though, you should not be worried about your patient and a fleeting thought about whether the Enemy is real or not. How envious I am of you starting at a time where there are so many distractions. Granted, in my day we had the joys of war to use to our advantage, but this came with its own challenges given that one can find themselves entrapped in the Enemy’s arms whenever their life is in immediate danger.

Nowadays, there is no immediate danger of death. Even the recent pandemic has not succeeded in bringing many more to the Enemy’s so-called ‘kingdom’. They selfishly act in their own interests believing that they are above a global pandemic. And when they do catch it, they are saved – not just by the Enemy – but by the doctors and nurses who tire themselves out attending to those who ignored their advice. Healthcare has never been better for the wealthy, and this has only resulted in a stronger faith in science – the irony being that science is of the Enemy’s design. But, like so many things, people worship the things that the Enemy created over the one who created them.

Your patient lives in a world that is constantly creating, no longer in partnership with the Enemy and very rarely that they might improve the lives of others but in which to empower individuals and inflate their egos. It is no coincidence that technology has been prefixed with the letter ‘i’. In the human’s eyes, technology has become the ultimate power and those who wield it are the gods. In actuality, the very things they have created are becoming their gods, enslaving them to a lifetime of endless swiping, scrolling and notifications. Their days are filled with alarms, alerts and conversations that last long beyond the confinements of the office. Our Father Below laughs as they spend time together in rooms, ignoring one another, transfixed to a glowing screen. He knows that their minds are too focused on busy schedules and personal images to be concerned of their eventual handing over to His domain.

The trick is to make your patient feel as though they are socialising through this technology – keep them away from meeting one another in person. In person, one can tell from body language how the other is feeling, and it opens the conversation up to what is wrong. (Although we have done a brilliant job on young men to avoid them from ever telling one another how they are feeling – maintain this idea that masculinity and emotions cannot co-exist, it serves wonders to our cause). Online, however, there are no visual cues that a patient is suffering from lack of sleep or emotional pains, and it is easier to evade questions that could lead to them seeking help.

If they ever do start to feel as though they can open up to someone, use technology to convince them that there is another way to deal with their emotions. Small rushes of adrenaline should do the trick – a ‘like’ here, an online deal there. Temptation is your key. And for male patients, temptation has never been easier.

Once upon a time, you’d have to encourage your patient to slip silently into a whorehouse or strip show but now such things can be viewed in the privacy of one’s home – with no age limit attached! No more embarrassing purchases of magazines over the counter, within two seconds of searching on the internet the patient has access to all the images they desire. And yet, here’s the brilliant thing, they are never quite satisfied! It’s not hard to find ways to get them to fall into the traps either – a quick glance on social media and the suggested page will lead them on to a slightly more erotic tab and so on and so forth until they’re sat alone in the dark with their shame.

Shame – the web that keeps them entangled from entering the Enemy’s own. It’s as though they’ve never heard the story of the shamed son wasting his father’s inheritance that the Enemy told long ago. (Many haven’t of course, the taboo of religion in schools is doing a marvellous job of keeping stories secular, to a degree that people no longer associate the Enemy’s morals with the Enemy himself!).

The invention of Twitter and other platforms has, once again, allowed the humans to do a marvellous job of digging their own way to Our Father Below. No one can type how they truly feel about a subject or topic of debate in fear that they may be shamed publicly online. One wrong thought expressed, and the humans are quick to judge and hardened to forgive. They pounce on one another and drag each other through the dirt, taking arms to social media and destroying each other’s existence through a barrage of 280 characters. All in all, people are too ashamed to say anything or express anything different than what is considered to be the norm. It’s become harder for patients to navigate public opinion, being so divided and radicalised as it is, that no matter what a patient says, they expect to hear the roar of opposition from one side and a near silence of support from the other.

Politics has become so divided that one can never feel too comfortable expressing their beliefs. Brilliantly, the Church has cemented itself into the political narrative and, as a result, has become a series of divided factions which has dissuaded the young from entering its doors.

Religion has become our weapon more than ever before. No one wants to be religious. They may desire to have faith in something bigger than themselves, but they are afraid of choosing a side in fear of the commitments and beliefs that come from it. Patients are aware of their spirituality but would rather accept crystals and the ‘universe’ to be in control of their lives than having to submit to the Enemy.

But we cannot be complacent. Even now, in the toughest regimes, the Enemy wins new followers. It seems the harder the oppression the easier it is for the Enemy to gain new ground – even if it’s often in secret. Be glad, then, that your patient is in the West, for the war that rages between our Father Below and the Enemy is favourable to our side in this territory. Use the new gods available to your patient to worship, keep degrading the values of religion and remind them of their shame whenever the Enemy tries to welcome them into his arms.

Keep up the good work – we may have ultimately lost the war, but we can still do great damage before it’s all done.