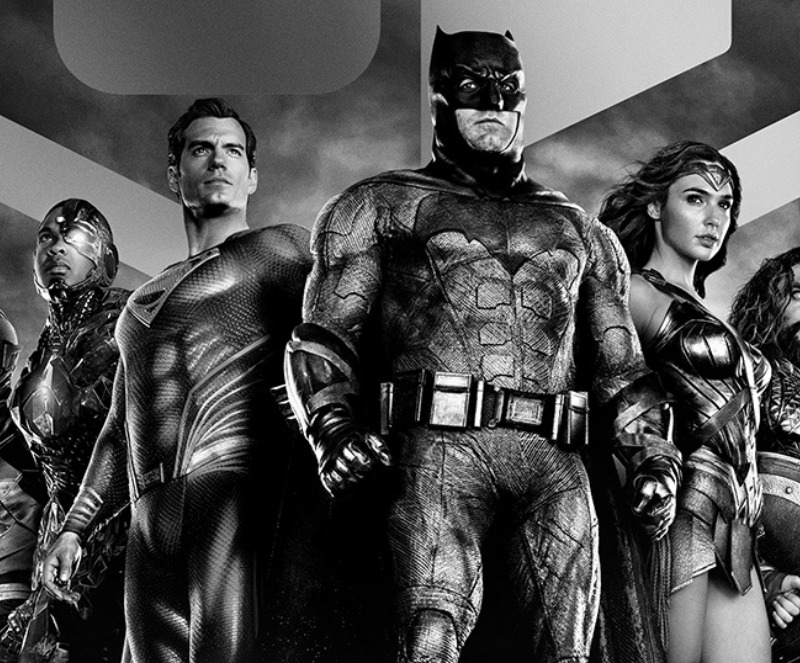 The Snyder Cut has been released and I for one am rejoicing!

Now for those of you who aren’t superhero nerds and have no idea what I’m talking about, here’s a quick summary of why this is an incredible moment in film history.

Snyder had already put together a rough cut of the film but Warner Bros. brought in Avengers director Joss Whedon to make major changes to the film after the reception of Batman v Superman which critics and audiences found too dark. I personally really enjoyed Batman v Superman as a deconstruction of superheroes and found the theological questions it posed fascinating.

All of this to say, that the theatrical release of Justice League was a Frankenstein’s monster of a film with two very different directors. Joss Whedon injected a lot more humour which frankly did not fit in with the interpretation of the characters we had previously seen from Zack Snyder. The plot was simplified and made to fit under 2 hours. Bare in mind this film had six main characters, three of which made their on screen debut in the film, and you can imagine how poorly handled the film was.

I for one lost several nights of sleep wondering how on earth they could have messed up a film based on some of the most iconic characters in fictional history – Superman, Batman, Wonder Woman, Aquaman, The Flash!

It turns out, I wasn’t the only one. Fans began picking apart early trailers for the film which included footage not seen in the theatrical cut. A petition was formed to release Zack Snyder’s early cut of the film.

Fans rallied together to raise money to fund for billboards in Time Square, New York and at San Diego Comic Con as well as paying for an aeroplane to fly over the Warner Bros. Headquarters with a message which read #releasethesnydercut. But for every dollar they raised for a publicity stunt, they matched it with a donation to AFSP (American Foundation for Suicide Prevention) in memory of Autumn Snyder.

After three years of fans campaigning to see Zack Snyder’s original vision, with some help from Mr Snyder himself, and on the 18th March 2021 Zack Snyder’s Justice League was finally released to be streamed on demand.

I watched it the day it came out, all four hours of it, and I cried as the movie ended with a tribute to Autumn in the form of the end credit song being a powerfully moving rendition of ‘Hallelujah’, her favourite song.

This film was more than a superhero film, it was a victory lap for those who had worked so hard to get it released and a redemption story for Zack Snyder whose last movie in the DC Universe would have been a film he didn’t really direct if it had not been for the efforts of his fans.

So, what on earth does this have to do with anything to do with young people or churches?

Well, I would argue that we can learn a lot from this movement – almost as much as we can learn from the film itself.

A few years ago, at the National Youth Ministry Weekend, Kenda Creasy Dean – a professor at Princeton Theological College – spoke about the school students campaigning against the gun laws as a result of the mass school shootings that had taken place that year. She talked about the students’ efforts to change the laws and posed the question as to how long they’d be able to keep up the momentum, the energy, the fight. She summed it up in one question:

But is their god big enough?

In the Snyder Cut’s case you might think, yes. They succeeded in what they’d set out to do. But now there’s a new hashtag circulating the world wide web:

And if we got more, guess what, we’d want even more.

But, as Christians, is our God big enough? Is he bigger than the Kryptonian? Or the Amazonian? Or the Gothamite?

And if superhero geeks can get together to change the minds of the powers that be, why couldn’t the church?

There will always be injustice until the Kingdom of God fully comes, that we know. But shouldn’t we be fighting against injustice all the same in the meantime?

And here’s where we have the upper hand, we can be satisfied. We live in the knowledge that Jesus Christ has already won. We know that this isn’t forever, the pain and suffering of this world will cease.

But that doesn’t mean we shouldn’t stand up for the oppressed or fight for the vulnerable, Christ calls us to bring the Kingdom ever closer and to be ambassadors for his kingdom. He asks us to join his league. To bring justice to the world.

Young people know this, they fight for it on social media and in their conversations between friends. But how can we help them to make it mean something, to give a reason behind the cause? How can we help give them a foundation strong enough to stand upon when everything else crumbles away? How do we enable to take the fight beyond the walls of technology?

We need to lead by example as the church and not remain silent when we witness tragedy or an abuse of power.