Is the Game Rigged? 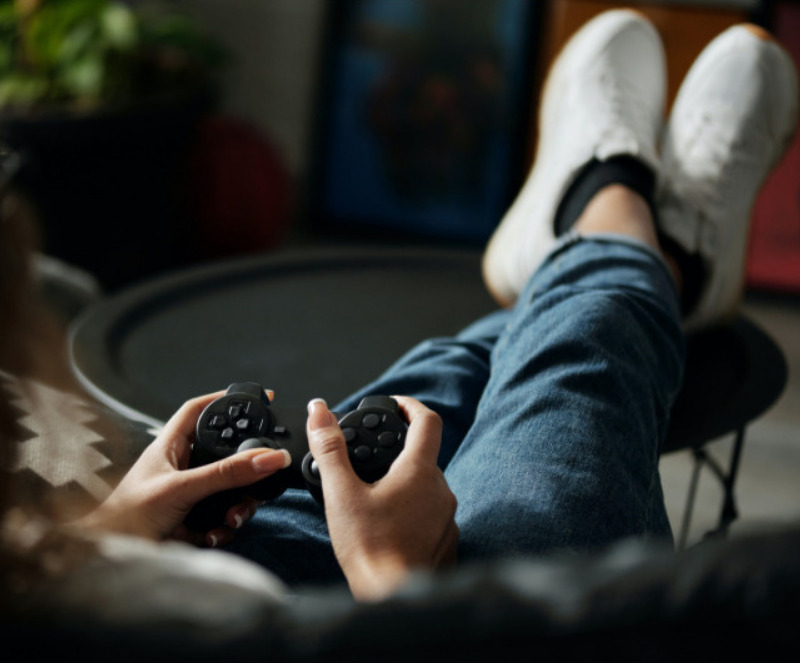 Is the Game Rigged?

A couple of years ago I saw a trailer for an upcoming video game that everyone was excited for. Caught up in the hype, I pre-ordered the game and forgot all about it until it arrived through the post several months later.

The game in question is Cyberpunk 2077, a dystopian role-playing game in which you go around and… well, I’ll be honest, I didn’t get very far with it. The game itself was plagued with bugs on launch and didn’t work on the console I was using as well as it was meant to. But the little bit of the game that I played brought up some interesting questions.

Before I even got to do any gameplay, I had to design my character. How tall they were, what ethnicity, what hairstyle etc. I tried to base the character on myself, again to see how well I could play the game if I was being an honest version of myself and not a videogame hero.

Within seconds of starting the narrative, my character was swearing and being told to kill someone… I decided I would avoid the killing for as long as possible. I personally do not drink, not necessarily a Christian value but more of a personal dislike of the taste of alcohol. I was able to avoid drinking alcohol as well as entering brothels easily – the latter being heavily talked about online as a highlight of the game…

Pretty soon after playing, I found myself having to kill some bad guys. I think it was only half an hour into the game. I was forced into sin and that was that. My best efforts thwarted.

I stopped playing, mainly because I lost interest in the game as well as hearing about the technical glitches. I was intending to try again on my new console but I haven’t yet for a variety of reasons.

Despite my failed attempts at playing as a Christian, the game did raise some interesting questions.

The first is around appearance and body image. The game allows you to look how you want to look. While there’s nothing wrong with having ambitions to be healthier, it worries me that physical appearance is such a phenomenon. I recognise that body image is a problem for all genders and media has a huge role to play in it. As we become more and more immersed in the online world, and maybe even the Metaverse, what are people going to make their avatars look like? Something they aspire to? Somebody they think other people would prefer? Both feel slightly dangerous and something we need to be cautious of.

The second question the game brought up is the question of freewill and temptation. How much freewill do we have in the world we live in? Are we sometimes forced into a corner where the only way out is to sin?

I have played other videogames in which there is an element of choice. My favourites being the TellTale Games series of Batman. In these games, at different points, you are given ten seconds to decide what you say or do from a choice of three options. Your choices have a direct impact on the outcome of the story and narrative. I have never been so stressed in my life. Being a huge Batman fan, I struggled at certain points of the game, desperately trying to stop characters from becoming the villains I knew they would eventually become. I wanted to change the narrative but part of me knew deep-down that they needed to become the characters I knew well from the comics for Batman to grow.

Doing mentoring and hearing young people’s lives and stories often has me questioning whether there is any point in trying to change the narrative. Prior to my work in SparkFish, I toured with Riding Lights Theatre Company and as part of that work performed in prisons where we held storytelling workshops and it was so interesting to hear their stories but equally heart-breaking to find the pattern in all of them too.

Our actions have consequences. This is something I’m trying to help young people understand. Just like in videogames, what we do has an impact on not just our own narrative but on the narrative of the people around us.

This is all very idealistic and simplistic though. For many of the young people I work with they feel as though they have little choice in their decisions. Especially the younger they are. They are surrounded by others who make decisions for them, or, because of their circumstances, the decisions are out of their control.

We are not all handed an equal opportunity in life. Some of us have more privilege than others which means that we can afford to make moral decisions, while others are given a deck of cards which makes making a good decision nearly impossible.

The game is rigged.

BUT despite this dystopian blog, I do believe there is hope. I do think that the work I do is important and worth it. Even if all they get from the mentoring experience is someone who listens to them, that might be enough further down the line to help them avoid making one more bad decision. Even if my role is simply to be a role model or friend, that might be enough to cause them to question their own character and choose to make a change for the better.

Unlike games, there are no powerups, no restarts, no checkpoints. But what we can do is step in to make it a multiplayer game rather than a solo game and help them through the many levels and challenges that they face.